The older kids act as role models in their respective roles, which demands and encourages the assumption of responsibility. The training is organised in four different courses: Kids Level 1, Level 2, Level 3 and Kids Sanda, whereby several groups can be attended at the same time.

The kids practise coordination, balance and agility using traditional Kung Fu. They learn how to use their bodies correctly in order to be able to defend themselves appropriately in everyday situations. Whether it is standing their ground with their voice, protecting themselves from danger and getting help or even defending themselves against bigger people in emergency situations.

This Kids Level 1 course is for beginners aged 6-11 years. The kids practice the basic exercises of the 5 Kung Fu animals (tiger, crane, snake, leopard, dragon) and other animal inspired movements in coordination, balance and agility and acquire the Kung Fu basics that are important for the subsequent courses. They learn to use their body correctly to push, pull, shove, punch and kick as well as to fall and roll safely. Especially for the youngest kids, the course with its playful animalistic character offers a good introduction to martial arts and sports. However, important content also includes how the kids can defend themselves appropriately against bullying in everyday school life, how they can stand their ground with body language and words, and how they can get help from supervisors. At the end of the course, the students start their first traditional Kung Fu form (Saam Baai Fat), which will be continued in the following courses Kids Level 2 and Level 3.

This course develops the following skills 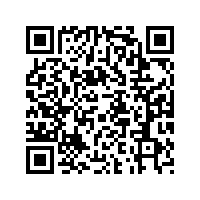