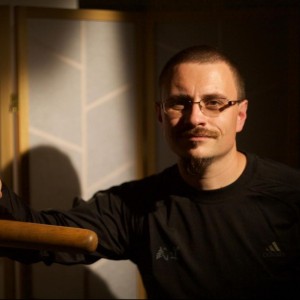 No votes yet.
Please wait...

The hand forms of the Siu Lam Wing Chun go back to the Lo Family, Tang Family and Fung Siu Cing. According to the legends the families got taught by descendants of Southern Shaolin.

The first form is called Wing Chun Kyun and gives the martial art its name, the “Fistfight of the Everlasting Spring”.  Furthermore the Siu Lam Wing Chun has such an extraordinary longpole technique, that goes back to the Tang Family. The longpole’s name is Luk Dim Bun Gwan. Wooden Dummy, Longpole Dummy, that are unique regarding to form and diversity, also belong to the curriculum. There are several kinds of transcribing the Chinese writing, such as Siu Lam Wing Chun, Shaolin Weng Chun, Shaolin Yong Chun.

Most Wing Chun schools nowadays go back to GM Yip Man, who meanwhile has gained great fame through the Ip Man films. The Yip Man Wing Chun, which goes back to Loeng Zaan (Leung Jan), was the first Wing Chun to be taught to Westerners and includes the following hand forms:

The first form Siu Lim Tao, translates as “little idea.” There are many theories as to where the origin of the name lies. There is also a wooden dummy form in the curriculum. Furthermore there are double knives, the so-called Baat Cham Dao form, and a short longpole form, which goes by the name Luk Dim Bun Gwan.

GM Yip Man explained in this interview, that the Loeng Zaan Wing Chun and the Siu Lam Wing Chun have nothing to do with each other, except the randomly similar spelling and the longpole, which bears the same name in both styles, Luk Dim Bun Gwan (6.5 Points Longpole). In addition, there should be the Loi Lim Sau and the so-called Inch Force in both styles.

… is, that lately more and more Wing Chun lines originating with GM Yip Man and the Yip Man Curriculum, well, contrary to the statements of GM Yip Man, Siu Lam or Shaolin use in their name. Because anyone can check nowadays whether the Siu Lam Wing Chun Curriculum is to be taught in this lineage or not.

First of all Siu Lam Wing Chun is about simplicity and applicability and a clear and direct philosophy builds the foundation of the teaching, the exercise and the training practice.

Resolute Against Violence and Racism

Sad enough, that we need to emphasize nowadays again. We refuse any kind of discrimination.

Various service providers regularly offer courses in self-defense, sometimes as a four-hour crash course, or over the course of a few weeks to months. But what is really important? What effort do you have to expect? What…

Beginners Class In the traditional Kung Fu there is a didactic that allows beginners and advanced practicioners to train together. Students are picked up exactly where they stand. The advanced students are always willi…

Where does the boxing method come from?

In boxing, there are countless boxing drills through which the boxer develops his skills. There are hand forms in Kung Fu. These forms of traditional martial arts are a succession of real fighting situations, trained whe…

Siu Lam Wing Chun Kyun is the name of our martial art. Translated, this means

Part of the Audio Recording¹ of GM Tang Yik from the 1960s. Translation from Cantonese: Janet

Part of the Audio Recording of GM Tang Yik from the 1960s. Translation from Cantonese:

Part of the Audio Recording¹ of GM Tang Yik from the 1960s. Translation from Cantonese: Janet Yuen, Jennifer Kronovet and Peter Scholz. For a better understanding we reconstructed some year dates according

The exact location of the Southern Shaolin Temple is unclear, but the temple is said to have been located in the province of Fujian or Guangdong. At that time there 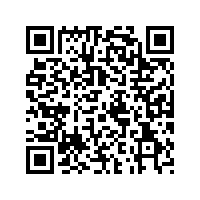